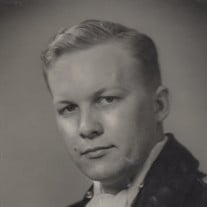 William Edward “Bill” Schonlau, Bill was the 5th child born to Roy and Leola Schonlau. He entered into this world August 25th,1936 in Kingman, Kansas. He is survived by his loving wife, Leona Potestio Schonlau; two brothers, Donald L. Schonlau (Beverly); Lloyd E. Schonlau (Sue); two sisters, Fern C. Hamilton (George); Ida Kinder (Ken); and many nieces, nephews, and close friends. Bill is preceded in death by his parents and three sisters; Dorothy L. Matsenbocker, Gloria Miller, and Karen Plath; four nephews and one niece. Bill grew up in Las Animas, Colorado, and attended the local schools. He obtained his GED at Schwebisch Hall, Germany. Later in life, he graduated from Southern Colorado State College in Pueblo, Colorado. Bill’s parents signed for him to join the United States Army when he was seventeen years old. He served three years in Germany, earning the rank of Sergeant. After his discharge he was employed by the Pueblo Army Depot, in Avondale, Colorado. Later he joined the Pueblo Police Department where he spent many years. Bill then relocated to Houston, Texas, where he was employed by United Gas Pipeline. In 1977 he was appointed Assistant Chief Security Officer. He was later promoted to Encroachment Representative in the Right-a-Way Department as Right-a-Way Buyer. Bill had the responsibility of servicing four states, settling damage claims and personnel problems. After years of that work, Bill wanted to come back to Colorado. He went to work at the Aurora Public Schools as a security guard until his retirement. Bill was proud that most of his adult working years had been in the employment of some form of police work. After his retirement, Bill moved back to his beloved Avondale where his police career had begun. After all, Avondale is known for being the Home Town of Heroes. Bill will always be known for his jokes, his booming voice, and for his thunderous laughter. He will be missed by all who knew him.

The family of William Edward Schonlau created this Life Tributes page to make it easy to share your memories.

Bill was the 5th child born...

Send flowers to the Schonlau family.