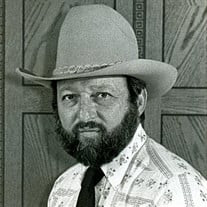 Theodore Calantino Jr. was born, raised and lived in Pueblo all of his life. "Ted" passed away peacefully at Parkview Hospital on October 2, 2015. Ted is preceded by his wife Judith Kiff, his parents Theodore Calantino, Sr., his mother Mary Grace Cardinale, and survived by his daughter Heather and her son Tony, his sister Ana(Anita) and her son Zach, step-children Lorrie, Tim and Bob and step-grandchildren Madi, Cassie and CJ, grand nieces and nephews and numerous cousins. Ted attended St. Leander's parochial school, Pueblo Catholic High, Santa Clara University, and graduated from Regis College. He was the owner/proprietor of the Irish Pub and Grille which was established and operated by his parents, Ted Sr. and Mary. The Pub was a favorite meeting place in Pueblo for many years, especially on St. Patrick's Day. He was recently employed with the Chamber of Commerce as Operations Mgr for about ten years. Ted was well known, liked and respected in Pueblo and was a pillar of the community. He was involved in many activities over the years such as The Charros, and rode bulls in the Mexican rodeo! He was also member of the Elks Club. In earlier years, he worked for the War on Poverty and Cardinal Carpets, owned by Sam Cardinal, his mother Mary's brother, among many other endeavors. He owned a ranch in Walsenburg for years, ran cattle, owned horses and was a real cowboy! He and his buddies owned an old house in Victor, near Cripple Creek, the site for a few historical parties. He went through Officer's training in Quantico, Virginia and was a veteran of the Marine Reserves. A memorial mass was held for him on Friday, October 9 at St. Joseph Church and he was interred at Roselawn cemetery. A celebration of his life will be held on Saturday, October 24 from 3:30-4:30 pm at Roselawn Funeral Home, a prayer at the gravesite and a reception following at LaTronica's restaurant from 5-7pm. Theodore Samuel Calantino, Jr. August 19, 1941- October 2, 2015 “Ted” is preceded by his wife, Judy Kiff; and parents Theodore Calantino, Sr. and Mary Grace Cardinale. He is survived by his children, Heather, Lorrie, Tim, and Bob; his grandchildren, Tony, Madison, Cassie and CJ; sister Ana; nephew Zach; and numerous cousins. A Memorial Mass will be 2:00pm, Friday, Oct 9, 2015 at St. Joseph Church. In lieu of flowers please make a donation Sangre de Cristo Arts center in his honor. Online condolences can be made at roselawnpueblo.com. A celebration of life will be held at a later date. Good memories of Ted

Theodore Calantino Jr. was born, raised and lived in Pueblo all of his life. "Ted" passed away peacefully at Parkview Hospital on October 2, 2015. Ted is preceded by his wife Judith Kiff, his parents Theodore Calantino, Sr., his mother Mary... View Obituary & Service Information

The family of Ted Calantino created this Life Tributes page to make it easy to share your memories.

Theodore Calantino Jr. was born, raised and lived in Pueblo all...

Send flowers to the Calantino family.