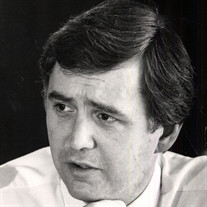 Ray Kogovsek, 75, passed away on April 30, 2017. He was a beloved husband, father, grandfather, brother, uncle, and friend to many. Survived by his loving wife, Linda; daughters, Lisa Marie Kogovsek, and ToniRae (Curtis) Andres; grandson, Reece Raymond Andres; siblings, John Kogovsek (Larry Higinbotham, Sr.), Daniel Kogovsek (Barbra Burton), Larry Kogovsek (Sylvia DeKalb) and Mary Joy Kogovsek. Also survived by the mother of his children, Eulice Kogovsek (Kathy Wise), step-mother, Del Kogovsek; Aunt, Juanita Blatnick, and Aunt Helen Kogovsek. Also survived by Godson, Ryan Kogovsek; and many nieces, nephews and cousins. He also leaves behind many, many friends. Preceded in death by his parents Frank and Mary Kogovsek, son Raymond Peter Kogovsek, brothers Frank A. Kogovsek (Leona) and Joesph R. Kogovsek and sons in-law Bob Geiger and Greg Plutt. Ray was born in Pueblo on August 19, 1941 and was a proud graduate of Pueblo Catholic High, Pueblo Junior College and Adams State College. He was a member of WSA Fraternal Life and the American Slovenian Catholic Union (KSKJ). Ray was a dedicated public servant who represented the people of Pueblo and Colorado in the Colorado State House of Representatives, the Colorado State Senate and in the U.S. House of Representatives. He will lie in state at Roselawn Funeral Home Chapel on Thursday, May 4 from 8:00 AM to 5:00 PM. Mass of Christian Burial will be at 10:00 AM, Friday, May 5 at St. Mary's Church. Internment to follow at Roselawn Cemetery. Reception at St. Joe's Hall in the Grove from 12:30 PM - 2:00 PM. In lieu of food or flowers, donations/memorials may be sent to St. Mary's Catholic Church or the Democratic Party.

The family of Ray P. Kogovsek created this Life Tributes page to make it easy to share your memories.

Send flowers to the Kogovsek family.