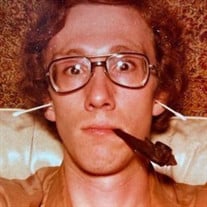 Paul Matthew Hanold born August 22, 1954, in Royal Oak, Michigan (suburb of Detroit) to the union of Cecil Frederick and Dorothy Margaret Hanold. The family moved to Iron River Michigan when Paul was an infant. Paul grew up in Iron River and... View Obituary & Service Information

The family of Paul Matthew Hanold created this Life Tributes page to make it easy to share your memories.

Send flowers to the Hanold family.