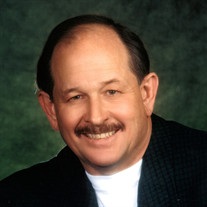 Nile Geoffrey “Bud” Scott was called home on Friday August 17th, 2018. Preceded in death by his father, Glennard T. Scott; and his mother, Nina L. Sole Scott. Survived by his loving wife Joyce; daughter, Kimberly (Mike Egan) Scott; son, Dr. Brian (Anne) Scott; grandchildren, Dane and Rylan Scott; sisters, MaryAnn Dinnauer, Virginia Mertel, Nancy Pineda; and numerous nieces, nephews and extended family. Born December 17th, 1944, in McAlister, Oklahoma to Glennard and Nina Scott, Bud was a genuine and caring man who touched the lives of all that knew him. Bud graduated from Central high school in 1963. After graduation he attended (what was then) the University of Southern Colorado, graduating with a degree in biology. He went on to further his education and receive his degree in dental surgery with the honor of valedictorian from Creighton University and his orthodontic specialty certification at the University of Illinois Medical Center in Chicago. In that time he married the love of his life Joyce Platt. They would have celebrated their 52nd wedding anniversary this month. They had their first child Kimberly during his orthodontic residency and made their way back to Pueblo, where he began his orthodontic practice in 1972. Their son Brian was born a few years later. Bud leaves a wonderful legacy through his love of life and learning and the remarkable orthodontic practice he built. Throughout his years in his orthodontic practice, he became a fellow of the American Academy of Dentists and was a member of numerous dental and orthodontic associations such as the local chapter of the Colorado Dental Study Club and the American Association of Orthodontists. Bud was often recognized for his academics and his work within the community. One of his favorite charities was the Kiwanis Club of Pueblo. He was instrumental in initiating their orthodontic grant program, helping many children receive orthodontic treatment. Not just a gifted Orthodontist, Bud was a loving husband and father. He was passionate about his family and friends. He enjoyed life and he was good at it, sharing and teaching his love of the outdoors, hunting, fishing and barbequing with so many. He will be greatly missed by his family and friends. His adventurous spirit and generosity inspired all that knew him. Bud’s family will be holding a Memorial Service Saturday August 25th at 11am at First Presbyterian Church. In lieu of flowers, memorial donations may be made to the Kiwanis Club of Pueblo (Pueblokiwanis.org), Pitkin Volunteer Fire Department (PVFD PO Box 235, Pitkin, CO 81241), Colorado Trout Unlimited (coloradotu.org) and can be directed to the funeral home.

The family of Nile Geoffrey "Bud" Scott DDS created this Life Tributes page to make it easy to share your memories.

Send flowers to the Scott family.