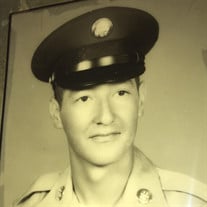 On August 6th, George Nicolas Archuleta, 72 years old, passed away. George was born to Benerito and Josefa (Garcia) Archuleta in Wagon Mound, New Mexico on November 2nd, 1946. He is predeceased by his loving parents, sister Theresa, brother Eddie, nephew Adolph Maes, niece Jolene Aragon, brother-in-law Ambrose Rodriguez, and many aunts, uncles and cousins. He is survived by Benny Archuleta of Denver; Joe (Sue) Archuleta and family of Castle Rock; Ernie (Sandy) Archuleta and family; Cinda Rodriguez and family; Felipe Archuleta and family, all of California; Irene Archuleta and family; Charles (Linda) Archuleta and family; Tobias Archuleta and family, Arthur Archuleta and family; Cecilia (Adolph) Maes and family, and Rose (Owen) Archuleta and family, all of Pueblo. He is also survived by Aunts Domi LeFebre, Josie Rivale, Gloria Duran, Sofia Garcia and Uncles Felipe Garcia and Juan Duran, Jr all of New Mexico; and also close to heart his double cousins Andrea (Francisco) Mares, Theresa Trujillo and Albert (Deborah) Archuleta of New Mexico. George was the second eldest son among 14 siblings. He was born on the family’s ruggedly beautiful and expansive ranch. Though times were hard, he had a wondrous childhood exploring the ranch with his cousins and siblings. In 1952, when George was almost 6 years old, the young family moved to Pueblo, when his dad, Ben, gained employment at CF&I Steel Mill, where he remined employed for decades. His mother, Josie, had her hands full at home raising George and his then five siblings. Happily, the family continued to grow and grow. The household was lively and filled with love where responsibility, tidiness and hard work were valued. While still in high school, he began his career path at S.H. Kress, a department store that was a definitive fixture on every Main Street, USA. George graduated from Central High School in 1965. Shortly after graduation, he was inducted into the US Army on March 11th, 1966, and was sent to Fort Bliss in El Paso, Texas for bootcamp. From there, George was deployed overseas to Munich, Germany. He was honorably discharged in February, 1968. George spoke often of fond memories of his service to his country and the positive impact it had on him. Upon returning home, George continued on with S.H. Kress. His work ethic, God-given talent and attention he paid to detail led to success. He was soon transferred to Arizona where he began his first management position. His career with Kress took him to desirable destinations, like Honolulu and San Francisco. The stores he managed were award winning. In 1979, he settled in the Bay Area where he lived and worked passionately for 25 years until 1994, when he retired and moved “home” to Pueblo to be near his dad and family. George worked hard and took pride in establishing a beautiful, well-cared for home and enjoyed his music while working. His family supported his transition with siblings, like Charles, his younger brother, always ready to work on various home improvement projects at his house and at their dad’s house. During retirement, George eagerly returned to work for his brother-in-law, Ambrose Rodriguez, volunteering his support at the annual Latino Behavioral Health Institute’s Conference in Southern California for nearly a decade. George dedicated time to his family. He looked after his father and shared many holidays with siblings. George cherished the friendship and special bonds he had with each and every one of his siblings. Uncle George” was well known for being an attentive and special uncle who set the bar. He was also known for his beautiful wall art which is displayed in homes of friends and relatives. George enjoyed bicycling and traveled extensively throughout the US and Europe. Most recently, in May 2019, he traveled to Costa Rica with siblings and his sister-in-law. He looked forward to frequent trips to the ranch in New Mexico, especially for Bean Day. He traveled back and forth to California, where he spent time with his sister and brother, Cindy and Ernie, his confidants and among the best friends of his lifetime. George was a loving and caring son, brother, uncle, in-law, nino, nephew, cousin and friend. George will be greatly missed and always fondly remembered.

The family of George Nicholas Archuleta created this Life Tributes page to make it easy to share your memories.