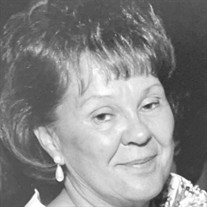 Dorothy M. Mauro, 79, passed away July 24, 2021. Preceded in death by her parents, John & Josephine Skube; brother, Donald Skube; sister, Theresa Novak; brother in law, John Novak; and nephew, Michael Cernac. She is survived by her husband of 59 years, Joe E Mauro; children, Michele (Ike) Drury, Vic (Brandi) Mauro, and Nick Mauro; grandchildren, Derek & Dalton Drury, Sydney, Erin, Dominic Mauro, and Zack & Kyle Mauro; brother, John Skube, and sister, Charlotte (John) Cernac. She was her happiest when supporting her grandchildren and baking her special baked goods for all occasions. She is widely known for her time working at Vic Mauro Produce. Dorothy always had a welcoming smile and would talk to anyone for hours. The family especially would like to thank her caregivers, Gina, Heidi, Heather, and Audi for their great care. A Funeral Mass will be held at 10:00am, Tuesday, August 3, 2021 at St. Joseph Catholic Church. Online condolences can be made at roselawnpueblo.org.

The family of Dorothy Mae Mauro created this Life Tributes page to make it easy to share your memories.

Send flowers to the Mauro family.