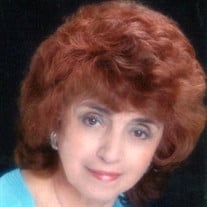 Daria Bravo, born in 1931, was raised in Pueblo, Colorado, in the Salt Creek and Bessemer neighborhoods steeped in rich Mexican culture and traditions. She married Wesley Dall in 1950, and they had two children, Edward and Alice. Together, Daria and Wesley gave their all to ensure a better life for their family. Daria worked countless double shifts to make sure Edward and Alice had a Catholic school education. Daria’s career as a waitress began at the La Salle Café and concluded at Patti’s Drive In, where she worked 41 years for the Patti family. She was affectionately referred to as “Dall” to those she served in the Pueblo community. She retired from Patti’s in 1999 to be an at-home provider for her newborn great-granddaughter, Alyssa. One of the many fun stories Daria told was about the time she waited on President Kennedy at the Continental Hotel and the letter she received from the Office of the President thanking her for her meal service. Daria was equal parts sweat equity, pour me another round, stand your ground, and unconditional love…all in a man’s world that didn’t define or confine her. She believed that sometimes you need to run away from where you are to find yourself, regardless of others’ judgement or disapproval. All she asked of us, if we needed to run away to find ourselves, is that we call home from time to time to say hello and let her know we are safe and having a good time. Sunday dinners, after-school meals at Furr’s, tequila shots in Mexico, warm beers in Spain, laughing at how she sneezed, baking Mexican wedding cookies and pizzelles, Saturday breakfast at Patti’s, wax paper-wrapped bean tacos on the way out the door, lessons on saving money, never missing a dance recital, and always making sure we wore ironed clothes when out in public. These are some of the ways we carry Daria, mom, grandma, and great grandma with us, since she has been called back to wherever we go when our time is complete on earth. Daria “Dorothy” Dall, 90, of Pueblo, began her journey into eternal life Oct. 17, 2021. Preceded in death by her parents, Crescencio and San Juana Bravo; husband, Wesley Dall; son, Edward Dall; grandson, Shane Dall; and brothers and sisters. Survived by daughter, Alice Dall; grandchildren, Missi (Rick) Vasquez, Brian (Jennifer Reed) Clason and Kristen (Eric) Gadd; great-grandchildren, Alyssa Garcia and Kaid Gadd; goddaughter, Dorothy Cabello; numerous sisters, nieces, nephews and family. Funeral service will be at 10 a.m. Thursday, Nov. 4, 2021, at Roselawn Funeral Home Chapel. Interment to follow at Roselawn Cemetery. Service will be livestreamed on Facebook @RoselawnPueblo.

Daria Bravo, born in 1931, was raised in Pueblo, Colorado, in the Salt Creek and Bessemer neighborhoods steeped in rich Mexican culture and traditions. She married Wesley Dall in 1950, and they had two children, Edward and Alice. Together, Daria... View Obituary & Service Information

The family of Daria "Dorothy" Dall created this Life Tributes page to make it easy to share your memories.

Send flowers to the Dall family.