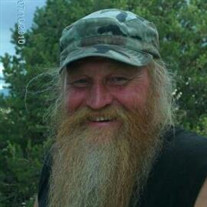 Charles Hendricks Hoffmann was born February 25, 1952 in Pueblo, Colorado to Tony and Florence Hoffmann, and passed away November 4, 2019 in Pueblo. Chuck graduated from Roncalli High School in 1970. He was an outstanding athlete in track and basketball and was on the All State Basketball Team. He then graduated from the University of Northern Colorado where he attended on a basketball scholarship, playing outstanding basketball for the UNC Bears and leaving records to be broken. He traveled to Europe while in high school and was bit by the travel bug. After graduation, he decided that there were more places to see so he went to New Zealand and Australia. He then set out for Alaska where he worked for the Alaska Psychiatric Institute and learned scrimshaw art from the Alaskan natives. Charlie, as the people in Alaska called him, then took a job with Sperry Sun as a Down Hole Surveyor. He then accepted a basketball coaching position with Susitna Valley High School from long-running no-win seasons to taking them to the Championship. At that time, he also trained for, and became certified to successfully climb to the summit of Mt. McKinley. The North Slope intrigued him and he decided he again wanted to work in the oil industry. He then returned to the North Slope to work for British Petroleum, and was afforded the opportunity to assist with Polar Bear Study aboard an Ice Breaker near St. Lawrence Island in the Bearing Sea. Although his degree was not in engineering, he performed very well in the field receiving a number of recognition letters from his employers for outstanding achievement and performance. He had a knack for designing tools and methods to perform work on the oil rigs saving the companies great amounts of money for which he was very well rewarded. He worked as a petroleum engineer for Otis Engineering and British Petroleum for the majority of his oil career. He had become interested in polar bears working on the North Slope as they were one of the biggest dangers facing those working on the oil rigs. In his spare time, he built an off-the-grid cabin on his Alaska property, overlooking his own lake that drew many different species of wildlife. Charlie was a very accomplished knife maker, and many Alaskan people own knives that he made. He also enjoyed making jewelry, another skill taught to him by his father. He moved to Hawaii where he planted and worked a small coffee farm. He told stories of sitting on the lanai in the evenings and listening to the wild boars chewing the macadamia nuts (that also grew on his property) that had fallen on the ground! He commuted back and forth from Hawaii to Alaska to continue working for British Petroleum. Then it was back to Colorado, where everything began. He split his time between his cabin in Alaska (during the summer and fall months) and Colorado. He was a true vagabond who loved the outdoors, wildlife, and his many adventures – from scuba diving and sky diving, to mountain climbing and everything in between! We will all miss his fascinating stories and the animation with which he told them. He is survived by a daughter, Kristin, and three sons, Orion (Leah), Gunnar (Cat), and Koa (Dani), two grandsons, Brody and Hunter, and one granddaughter, Lively. There is a fourth grandchild to be born in March. Chuck is also survived by his brother, Jim “Mike” (Georgia) Hoffmann and their son, Eric (Judy) and Emerson. Also surviving him is his sister Libby (Wes) Bell and niece, Carrie Bell-Montoya, and her children Colin, and Chantel; and nephew Brian (Kerri) Bell, and their children Alicia, Erica (Kyle) and their children, Kinleigh and Emma. He is also survived by numerous cousins. Cremation has taken place and no formal service will be held.

Charles Hendricks Hoffmann was born February 25, 1952 in Pueblo, Colorado to Tony and Florence Hoffmann, and passed away November 4, 2019 in Pueblo. Chuck graduated from Roncalli High School in 1970. He was an outstanding athlete in track... View Obituary & Service Information

The family of Charles H. Hoffmann created this Life Tributes page to make it easy to share your memories.

Send flowers to the Hoffmann family.