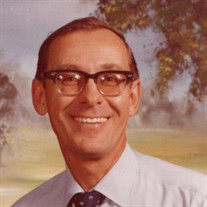 Albert John Niznik, Albert was born in 1931 and lived in Pueblo. Growing up in childhood years during the Depression followed by WWII made lasting impressions on his understandings of historical events, their causes and the consequences, all of which became the source of discussion comparisons and analogies to currents events. After graduating in 1953 from the University of Colorado and subsequently earning a Masters of Science Degree in chemistry, Albert taught mostly chemistry at Pueblo Central for 40 years. There were always ex-students, who upon meeting him in town, would show their gratitude and appreciation for the classes Albert taught. Albert greatly valued the importance of education and the continual efforts to seek knowledge, with the same diligence as the scientist he was; being supported by factual data, theory and proof of condition and hypothesis. His passion for science, which led to his college studies, started with grinding a telescope lens, which we still use today. That love for astronomy his whole life led to a subsequent passion of bird watching especially after retirement. As a son of parents with classical musical education, he was the consummate opera lover and enjoyed attending the Santa Fe Opera every year, as well as listening to the Metropolitan Opera in the winter. Albert married Virginia and together they raised two sons (Steve and Michael). They have been married for 58 years. As a family they enjoyed endless summers of hiking and fishing the alpine and subalpine lakes all-around Colorado and especially those above Westcliffe. Albert hiked up to those alpine lakes for 82 years, starting with his father. Fly fishing and tying flies was Albert’s passion and source of enjoyment decades before it became in vogue as it is today. After retiring Albert and Virginia traveled extensively overseas with many trips to Europe and Africa as well as the Far East. They together enjoyed countless trips to Disney World during spring and fall; and traveled during those years extensively to other parts of western America and Canada. At the age of 70, Albert climbed Kilimanjaro. He forever found the above timberline wildflowers, birds and geology as great a source of passion as one would expect of a scientific mind. Throughout his life Albert prided himself in planting at least half the backyard in vegetables and flowers, especially wild flowers of Colorado. In his later years of retirement Albert truly loved his granddaughters and had infinite patience with them. He enjoyed reading to them very much, especially classic children’s books from the 1930’s and 40’s. He is survived by his wife, Virginia; two sons and one brother. Sons, Steve Niznik and his wife Gina of Rockford, IL; Michael Niznik and his wife Yuli and their two daughters Imogene and Allyson of Houston, TX; brother Bernard Niznik and wife Dr. Marilyn Coonelly of Boulder/Telluride, CO. Private services to be held for the immediate family. Donations in lieu of flowers are requested to be in memory of Albert Niznik to The Audubon Society or National Park Service Conservation Association. Online condolences can be made at roselawnpueblo.org.

Albert John Niznik, Albert was born in 1931 and lived in Pueblo. Growing up in childhood years during the Depression followed by WWII made lasting impressions on his understandings of historical events, their causes and the consequences, all... View Obituary & Service Information

The family of Albert J Niznik Jr created this Life Tributes page to make it easy to share your memories.

Albert John Niznik, Albert was born in 1931 and lived in Pueblo....